The crash has led to a serious traffic jam on the road leading inward Palmgrove.

Information gathered showed that several persons thronged to the scene of the crash, armed with jerrycans, with the aim of scooping fuel from the fallen tanker.

Photos shared on social media showed emergency responders were already at the scene of the incident to prevent a fire incident.

See photos from the tanker incident… 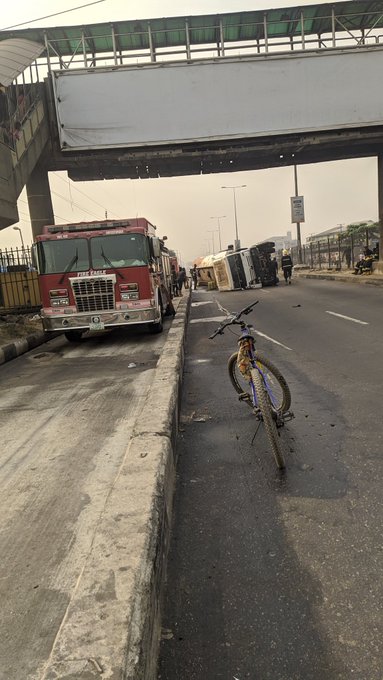 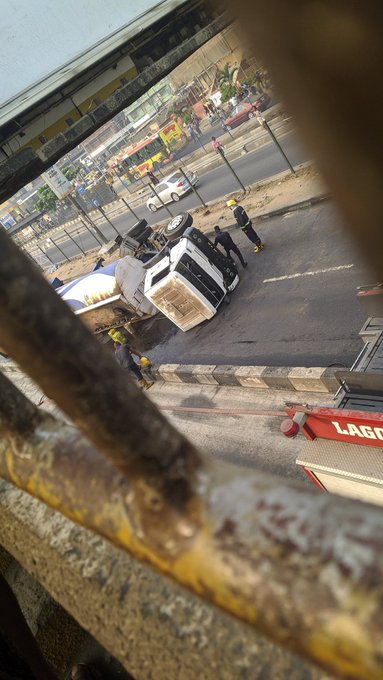 Can heading a football lead to brain damage?