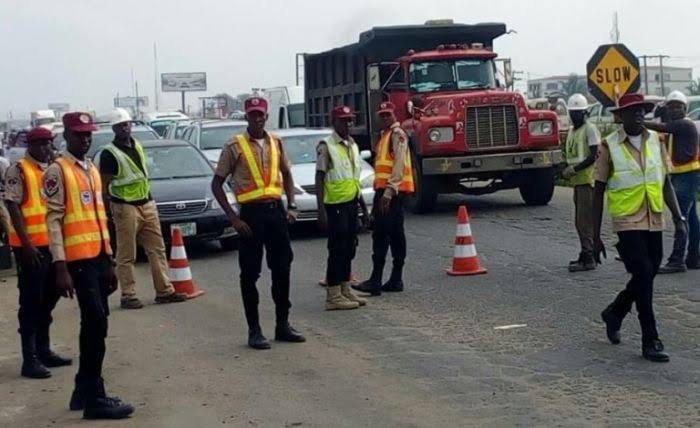 The Ogun Sector Command of the Federal Road Safety Corps (FRSC) has confirmed that 50 road crashes occurred in the state between December 15 and 30.

The Sector Commander, Clement Oladele, stated this while speaking on the special patrol operation set-up by the Corps which kicked off on December 15 and scheduled to end on January 15, 2020.

Oladele said that 35,450 personnel including special marshals were deployed across the country to check road crashes.

He explained that 19 fatalities and 159 injuries were recorded within the period.

Oladele further stated that within the first 16 days of the campaign, there was an average of four road crashes recorded a day with as many numbers of casualties.

He noted that the highest of the crashes happened on Friday, December 27, with three road crashes which left four persons dead and 35 people injured.

He advised motorists to apply caution when driving around road construction zones.

Oladele also called on motorists to observe all road traffic regulations in a bid to halt road crashes in the state.

We need technology that puts phones off while driving – Amaechi

Domesticating Fire Code, Educating Public As Important As Reviewing It –...